NSA Entertainment’s SABO, is the latest Hip-Hop prodigy this independent label is set to blaze the industry with. As a proud Colombian this 36-year old rugged rapper has used an assortment of past struggles and influences to mold him into the dynamic character of SABO. Growing up in the Miami area, SABO relishes his memories of the hood and Military life style which has molded him into the confident individual, he is today. "I want to be that person from my community that people can look up to." With the release of several projects he has developed a significant buzz. In today's industry a lot of the music is recycled, said SABO. I’m versatile in terms of what I talk about and my message. Sabo's lyrical style and delivery assimilates him to the likes of Scarface, Tupac and Cormega. He injects some DMX and Nas affiliations into his repertoire, but SABO is an individual himself. Artist out today, aren't what they really portray themselves as. I talk about the bad and good things I’ve done. SABO's engaging personality stems from a childhood highlighted by learning. He believes the absence of his father made him suffer through the realization that life can’t get much worse. I’ve already been through the worst, he said. I never really had the sense of family in my life, which has made me stronger. SABO also conducted two tours in Iraq as a combat Tanker while serving in the US Army. Through all the struggles and hardships, he manages to keep making music and inspiring others as well. His determination to excel at his craft grew from the support of his family. His close friends RedNose and Hitman are just a few who noticed his skills and kept pushing him towards pursuing a musical career during his military years. Music has always been a part of SABO's life. Through his early years in poetry, SABO was able to unleash a skill for writing, which correlates to his ability to compile masterful lyrics. SABO’s ultimate goal is to reach and touch everyone especially soldiers who were in combat.
“I just want to be as successful as I can be so that I can take care of the closet people around me.” “The gift to reach the people through music should not be taken for granted, so my voice shall and will be heard.” “My ambition, determination, and passion are what pushes me to limits were ordinary men would have given up". Now located in a cut-throat music scene in West Palm Beach he finds himself working with other talented visionaries.

SABO now transfers his energy to other special projects that benefits the veteran community through raising awareness on veteran suicide prevention, homeless veteran, and plants over pills campaigns. With community partnerships he has been able to plan, facilitate, coordinate, and execute events to benefit the Warfighter Community.

Troy, better known as SABO, military career started on September 9, 2002, when he was shipped off to basic training in Fort Knox, KY. That was the start of his tedious training as a Tanker in Eco 2-81. He spent almost six months in OSET training. After graduating basic training, his first duty station was in Fort Hood, TX, and was in the ranks for D Co 3-8 CAV. At this point, Troy knew the war was inevitable, so training was elevated during gunnery training. Before deploying, his company was reflagged to (Cougar Company) C CO 2-7 CAV. In April of 2004, Troy found himself on a flight leaving to Iraq to contribute his efforts to the war on terror. The first stop was Kuwait, where classes were held on enemy vehicle identification, cultural awareness, and adjusting to climate changes. Troy's first combat experience happened days after his company of tanks left Kuwait. His company was ambushed with small arms fire, motor fire, and a couple of IEDs in the front and rear of the convoy. That later became known as the fight in BI-OP in April 2004. Troy had his 21st birthday during that battle.  After taking care of business, his company refueled, refits, and continued the convoy towards Taji, Iraq. Once in Taji, it was days before we started regular operations out in sector, which included route security, IED sweeps, Ops, and QRF missions (Battalions Quick Ready Force.) Several months of minor contact, sporadic small arms and RPG fire, and a couple of IEDs later, Troy's company was called to assist in the Battle of Najaf in June 2004. Troy's company was the main effort to retake control of Najaf, Iraq. His company took several casualties, but Troy was unharmed. After fighting for nearly two weeks straight, his entire tank endured damage from several RPGs, small arms fire, and grenade damage. Troy was rocked several times but came out with no severe injuries. Three months later, in August of 2004, the Army was so impressed with their company that they were once again called to assist in retaking another city during that battle.

After re-writing history for the use of Tanks in the urban city combat in Najaff, Fallujah, Iraq was their next target. What is now known as Operation Phantom Fury The Battle of Fallujah took three to four weeks. While in this battle it took a toll on Troy and his company. Not only was this a different enemy from Najaf, his company took twice the amount of casualties. It was reported we were fighting several militia groups from different countries which included the Taliban and Chechens. One particular event Troy will always remember was his involvement in a 40ft drop tank rollover.  Accident took the life of his friend and roommate SGT. Jonathan Shields. Once the battle was over Troy’s Company left back to Taji to continue their operations on May of 2005. We would like to pay respects to Spc. Jeremy Allmon & Sgt. Tommy Gray who also lost their lives in that deployment.

Once at home and several months later  training for a second deployment Troy (SABO) now begins his new missions out in Baquba, Iraq from 06'-07. This deployment proved to be one of the bloodiest, to the point his company were partially combat ineffective while in theater. Poor leadership caused the lives of several of his battle buddies and others to be severely injured which still hunts him till this day.

In July 2005, the Battalion began an aggressive retraining and equipment reset in preparation for rotation 06-07 of Operation Enduring Freedom. SABO's combat tour was from Oct 06 - May 07.

The Battalion conducted individual, small unit, platoon, company, and battalion level evaluations focused on counter-insurgency operations. In September of 2006, the Battalion began deployment operations back to Iraq where only 16 months before its guns blazed in anger. On 3 November 2006, the battalion assumed responsibility for the city of Baqubah in the Diyala Province.  During its 12-month deployment, the battalion fought and bled as an element of Task Force Lightning, establishing the first combat outposts within the Multi-National Division North Area of Operations, Defeating Al Qaeda during Operation Arrowhead Ripper in Baqubah and destroying hundreds of terrorist cells from Khalis to Khan Bani Saad and beyond. 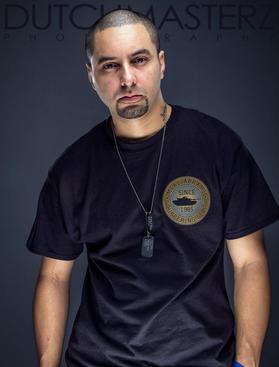 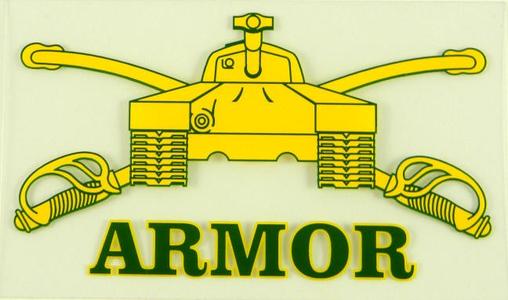 “No matter what you go through, strive to Neva Struggle Again,”

Discography: Past To Current

Even though SABO released several underground mixtapes while being deployed in Iraq from 04-07 with titles "Tha Beginning The Iraq Double Disk" "Da Beginning Mixtape vol.1" and "Triple G". All three mixtapes were recorded in Iraq with several service members but it wasn't until 2008 when SABO went to work to release material for the public to hear not just service members serving in Iraq. (not for sale)
Hidden Celebrities (November 2009) Not only did SABO help coordinate the release of this Album but he also featured on two songs with titles "Let Em Bleed" and "She Cold" Ft Soldier Hard
Modern Warfare The Lost Tapes (April 2010)
Certified 100 Proff Vol 2 Back In The Lab (May 2010) SABO was a featured artist on this mixtape with a featured song "Rep Where U From"
Self Explanatory Thoughts (not release) SABO was featured artist on this mixtape that was never released but it did not stop the featured song titled "Salute Me" from receiving its recognition.
A Soldiers Battle Cries (April 2011) SABO Debut Solo Album
Coast to Coast vol. 166 Hosted by AKON (July 2011) SABO was featured on a nation wide mixtape with the song "Searching" Ft Prescott.
Road To Recovery (September 2011) SABO was a featured artist on Soldier Hard's Album with the tracks titled "Warrior" and the epic track titled "Shame On Yall Remix"
Dj Menace CO Signs Vol 1 Mixtape (October 2011) SABO will be a featured artist of one of West Palm Beach's, FL premiere DJ Mixtape with songs "Searching" Ft Prescott and "No Sunshine".
Redcon-1 Compilation Album (October 2011) SABO was a featured artist as contributed several songs to this double disk masterpiece released by Redcon-1 Music Group.
Modern Warfare 2.0 Digging In The Crates (November 2011) SABO will be dropping his 1st anticipated mixtape since he has been out of serving in the United States ARMY. Album will be ready on Veterans Day 11.11.11 under his new Label Redcon-1 Music Group.

A Soldiers Prayer: Street Raised Mixtape (November 2012) Based on the life of SABO, before taking that leap to join the military. Lessons learned while playing with a troublesome lifestyle in the streets of Miami who now residing in West Palm Beach. He brings great features, lyrical content, and crazy topics.This project depicts the life of SABO representing maturity and growth. There is a little bit for everyone from hood anthems, songs for the ladies, and club bangers. Eighty percent of the project was recorded in Afghanistan from (November 2011 - July 2012)

The Purple Heart Series Vol.1 (February 2013) SABO released his 4th studio album which has been his best selling album to date. Hit features from members of Redcon 1 Music Group and other veteran artist.

Another Debut (August 2013) SABO was featured on BQ The Emcee’s album with hits like Redcon-1 Cypher.

Moor Feyer (January 2015) Not only was SABO featured but he Executive Produced Pancho’s debut mixtape. A Conscious Collective Work Of Art.

Warfighter Remixes (June 2015) This is a Hip Hop & Military Rap Mesh, given it its own lane of Mil-Hop. SABO takes commercial beats and flips them to his own accord. It features several other war veterans. Enjoy and welcome to the mind of a combat veteran.

22 Plus One (April 2016)  Our men and women in the armed forces are going through an epidemic when it comes to veteran suicide, at the rate of 23 veterans a day. This song is intended to bring awareness to suicide prevention within the military community and public sector.

The Purple Heart Series 2 (November 2017) SABO brings you his 5th studio album. No better way than to release on Veterans Day.

The Untouchables (February 2019) A group album from the NSA Camp loosely based of the classic movie The Untouchables. This project features other great artist from outside the camp.

Prolonged Exposure  (July 2020) SABO releases and unleashes a barrage of anthems with this album.  SABO once again fails to dissapoint with this 12 track masterpiece.